Valdemar recently signed a deal with Italian record label Halidon Music, so on May the 7th Valdemar’s first solo single will be released on all major streaming services.

The single will contain a few tracks with Italian renaissance music, but next year Valdemar is planning to release a full solo album with his new ensemble: Valdemar Villadsen & Friends. In this ensemble, Valdemar is being accompanied by a group of leading early music specialists from across Europe, and will perform a duet with world famous lutist Edin Karamazov known for his duo collaborations with Renée Fleming, Andreas Scholl and rock star Sting.

Later this month, Valdemar’s videos will be published on the world’s biggest channel for classical music on YouTube. Stay tuned…

Here’s a link to pre-save the release on streaming services: 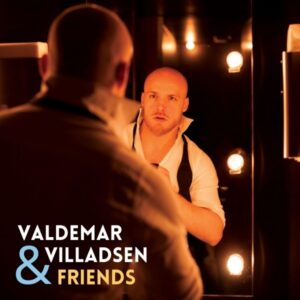